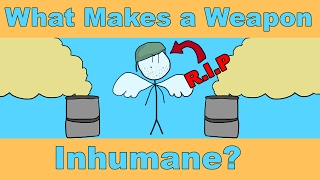 The US navy tested and made operational it's new laser weapon system to combat fast attack boats that are used by the Iranian military. This is another move by the Obama administration to increase pressure on Iran over it's Nuclear program.

Purpose[edit]
The intended use of the LaWS is ship-defense against drones or small-boat attackers (whether suicidal or not); the LaWS at present is not designed to engage incoming missiles, large aircraft, ships, or submerged objects. LaWS utilizes a solid-state infrared beam which can be tuned to high output to destroy the target or low output to warn or cripple the sensors of a target. Among the advantages of this device versus projectile weapons is the low cost per shot, as each firing of the weapon requires only the minimal cost of generating the energetic pulse; by contrast ordnance for projectile weapons must be designed, manufactured, handled, transported and maintained, and takes up storage space.

Deployment[edit]
The LaWS was deployed on the Ponce in late August 2014 to the Persian Gulf with the U.S. 5th Fleet. The deployment is to test the feasibility of a laser weapon in a maritime environment against heat, humidity, dust, and salt water and to see how much power is used. The system has scalable power levels to be able to fire a non-lethal beam to dazzle a suspect vessel, and fire stronger beams to physically destroy a target; range is classified. Although neighboring Iran has threatened to block the Strait of Hormuz out of the Gulf using small boat swarms that the LaWS is able to counter, it was not designed or deployed specifically to be used against any one particular country.[10]

On the deployment, the LaWS is considered an operational asset, so the ship commander has permission to use it for self-defense. Humans are not a target of the weapon under stipulations of the Convention on Certain Conventional Weapons, but targets do include UAVs, helicopters, and fast patrol craft. Rules of engagement (ROE) have been developed for its use, but details have not been released. The Navy has released video of the LaWS on deployment disabling a ScanEagle UAV, detonating a rocket propelled grenade (RPG), and burning out the engine of a rigid hull inflatable boat (RHIB). Composed of commercial laser components and proprietary Navy software, it is powered and cooled by a "skid" through a diesel generator, separate from the ship's electrical systems, giving greater efficiency relative to power provided of 35 percent. Mounted on the Ponce's superstructure above the bridge, its powerful optics are also useful as a surveillance tool that can detect objects at "tactically significant ranges." The LaWS will remain deployed for one year and deployments on other ships are being examined.[11]

Derivatives[edit]
The Office of Naval Research (ONR) is developing a laser weapon similar to the LaWS for use on ground vehicles for the U.S. Marine Corps as part of the Ground-Based Air Defense Directed Energy On-The-Move (G-BAD DE OTM) program. Like the naval LaWS, the ground-based system is meant to be an efficient way to protect against UAVs and supersonic missiles. The ONR is adapting the system to be installed on a Humvee or the Joint Light Tactical Vehicle. Tests will be conducted in late 2014 with 10 kW of power, with an increase to 30 kW by 2016.[12] On 13 August 2014, Raytheon was awarded an $11 million contract to adapt a tactical laser weapon system to a vehicle-based laser device. Components have been tested to demonstrate detection and fire control functions of the system, with the compact phased array radar detecting and tracking air targets. The company will deliver a laser with a minimum power output of 25 kW using planar waveguide (PWG) technology, which is about the size and shape of a 12-inch ruler, that can generate sufficient power to effectively engage small aircraft while being small, light, and rugged enough to be used on mobile platforms.
Intercept tests will evaluate detection and tracking to firing, battle-damage assessments, and effects on the test vehicle.[13] Unlike the U.S. Army High Energy Laser Technology Demonstrator (HEL-TD) program to develop a truck-mounted laser for C-RAM duties while stationary, the G-BAD seeks a short-range laser that can fire while moving and maneuvering with Marine air-ground task forces. The Navy requires a laser capable of firing at full power for two minutes, followed by a 20-minute recharge to 80 percent total capacity. It will weigh 2,500 lb (1,100 kg) consisting of a volume-surveillance radar, command and control (C2), and the high-energy laser weapon.