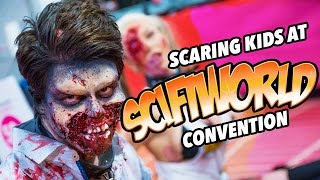 2:04 - OUTBOXED
Pencilmate ends up in a very vicious kind of circle, compliments of the Pencil.

4:35 - HOUSEBROKEN
Nobody puts baby in the corner of the house!

6:14 - A-DOOR-ABLE
Little Blue Man wants to meet Little Red Girl but it is a much harder task than he previously thought!

7:40 - THE LAMP CHAMP
Pencilmate loves the spotlight but it is a harder beast to tame than he previously thought.

9:20 - PERIL OF THE BELLS
Christmas carolers and a stubborn tree drive Pencilmate crazy as he prepares for (what used to be) his favorite day of the year.

11:29 - ANCIENT EGYPT
A capricious pharaoh wants a new home but it’s not going according to plans…

13:19 - STAR WOMBS
The magic of reproduction explained with Star Wars.


ABOUT PENCILMATION :
Pencilmation is a cartoon channel for kids and not-too-serious grown-ups. It is made with love and a lot of fun by an international team helmed by Ross Bollinger who started the channel alone in his room a long time ago. Follow the new, wacky, and often times quite silly adventures of Pencilmate, Little Blue Man, Pencilmiss and other toons every Tuesday and Friday.